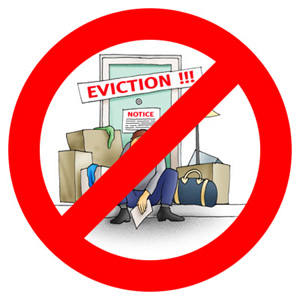 In early November, Kiesha and her family were served with an unjust eviction notice for nothing more than a paperwork technicality. Kiesha’s husband was listed on some forms as a tenant but had been unable to sign the lease as he was in Iraq. After returning he was greeted by unwarranted harassment by the management staff and finally threatened with eviction. As good tenants who had no complaints against them and always paid their rent on time, Kiesha’s husband and daughter were suddenly faced with eviction a mere week before Kiesha was to leave for Afghanistan. With no family or support network in the area, homelessness became a very real possibility. They decided to confront their landlord and contacted us for support.

We mobilized our network and easily found a surplus of supporters who were outraged by this landlord’s behavior. Kiesha made one last effort of many to speak to her landlord. She let the managers know that Seattle Solidarity Network and our many allies and supporters were committed to a direct action campaign until justice was met and Kiesha’s home was secure. After it was made clear that the community would not stand for this injustice and that their business would suffer, the landlord caved. A mutual termination agreement was drawn up which will allow Kiesha’s family to stay in their home until their desired move date in early 2010. Again, a strong network of supporters committed to direct action wins the fight. Thanks to all for the quick mobilization on this action!