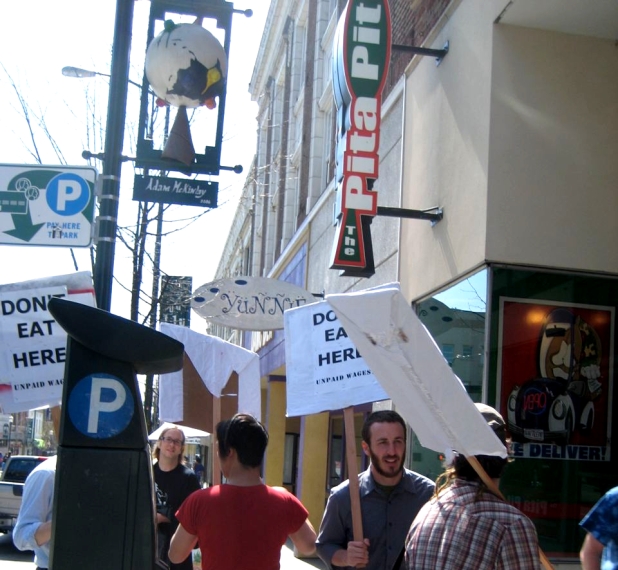 Tuesday, April 7, we had to take this fight to the next level, with the first of what will be an ongoing series of strategically-timed pickets at the University district Pita Pit. The franchise owners are now admitting that no taxes were ever paid on behalf of ex-employee John, who now needs to file as an “independent contractor” and pay the taxes himself. That’s fine, says John, but what about the chunk of his pay that they always withheld from him “for taxes”?

So far the owners have still not resolved this, although they’ve had plenty of time to do so. Now we are bringing the issue to the attention of potential Pita Pit patrons, with a simple message: “DON’T EAT HERE!”