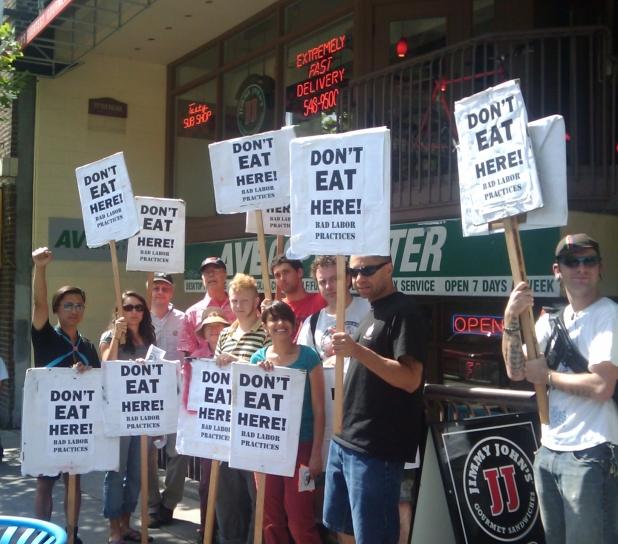 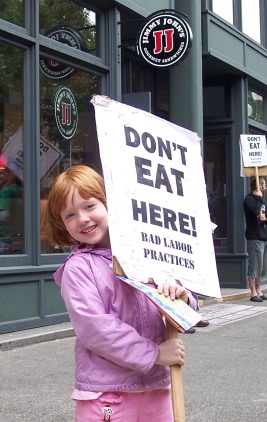 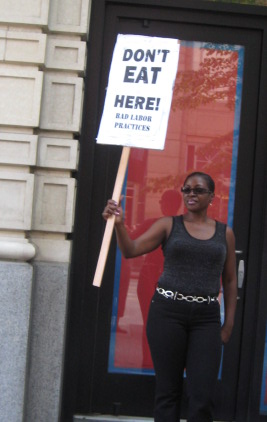 On Friday, September 18 2009, we officially ended our campaign against Jimmy John’s fast food sandwich chain. Back in July, SeaSol and wrongfully-fired delivery worker Jason decided, in recognition of the owners’ absolute refusal to consider reinstating or compensating him, to carry on with actions against the business until we had cost them at least $4,000 in sales, estimated as conservatively as possible. After three months of aggressive actions, we have now achieved that goal.

For their refusal to do the right thing, the regional franchise owners have now paid a price far higher than the most it would ever have cost them to settle the conflict. In fact, the figure of $4,000 doesn’t come close to accounting for the long-term damage as Jimmy John’s worsened reputation lingers within Seattle, and as former habitual customers settle into new habits of eating lunch elsewhere.