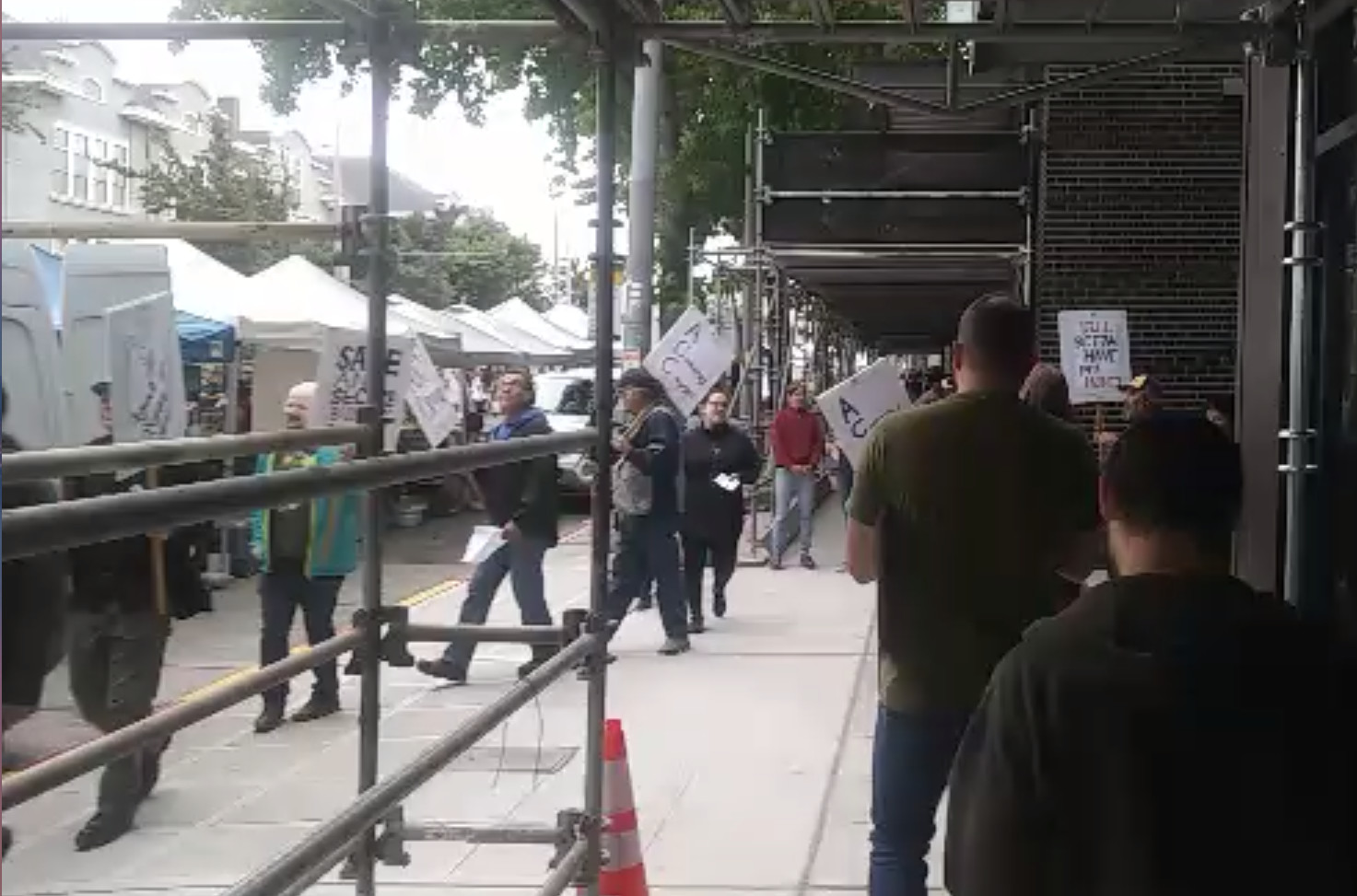 After months of targeting and harassment by the landlord, tenants from American Campus Communities (ACC) have organized an association and executed the first of many visible actions. With help from SeaSol ACC tenants held an informational picket attended by 30 tenants and community supporters on Saturday, June 30th from 11 am to 1 pm in front of ACC’s flagship building Hub in the University District. Tenants from ACC first got in touch with SeaSol in April to seek help in their fight against their massive new landlord. Over the next few months we assisted tenants with door knocking, community outreach, and putting together their first association meeting earlier in June.

American Campus Communities, Inc. is an Austin, Texas based publicly traded real estate investment trust (REIT) with an annual revenue of $796 million and 161 buildings over 68 campuses whose “primary business objectives are to . . . acquire and operate student housing communities”. ACC’s acquisition of Bridges@11th in October 2017 put the company’s dorm-style business model squarely in opposition to the single-family model at Bridges. ACC also purchased two more U-District buildings, TWELVE and Hub, in 2017, with ambitions to acquire ten times as many units should their Seattle market test succeed.
In the company’s first year in the city, ACC tenants have faced non-compliance of contracts and law violations including forcible entry into units by employees, illegal evictions, fraudulent billing practices, and forged documents, among a multitude of other issues. Tenants who spoke out have been targeted with increased surveillance and have even had their mail withheld.

After speaking with over 150 residents, with help from SeaSol and other organizations, tenants decided to form the ACC Tenants Association. In a letter to ACC’s CEO, Bill Bayless, the association demanded that the company “Recognize the Association’s Rights to Collectively Bargain! Stop Fraudulent Fees! Immediate Refunds of all Stolen Money! Stop Landlord Retaliation and Harassment! Rent Freeze now! Remove Illegal and Regressive Clauses From Leases! Safe And Secure Buildings! We Have the Right to Have Guests in our Homes and Spaces! Tenants Rights are Civil Rights!”

SeaSol looks forward to supporting ACC Tenants in their struggle as they utilize a diversity of tactics to win their demands. As some active tenants work to tie ACC’s hands with the legal system, others will work to build a strong direct-action presence in the community.